When most people think of acne, they picture hormonal teenagers navigating the challenges of puberty. But for many men and women, acne doesn’t magically vanish once they reach adulthood. In fact, it may even get worse. Acne is more than a cosmetic concern for those who experience it on a regular basis. It can be painful, uncomfortable, and — in some cases — a symptom of an underlying medical condition.

Acne, often called pimples or zits, is a common skin condition in which the hair follicles in your pores become clogged with dead skin cells, bacteria, and sebum — an oily material that resembles wax. Outbreaks can occur anywhere on the body, but commonly develop on the face, chest, back, and shoulders. For more information, please visit niams.nih.gov.

While acne often appears as red bumps on the skin, there are actually several different types:

Blackheads occur when the pore stays open and fills with bacteria, debris, and dead skin cells. They typically look like small black dots or specks of dirt.

Whiteheads are similar to blackheads, except they occur when the pore closes. Unlike blackheads, however, they are raised and white in appearance.

Papules are small raised red or pink bumps that have no head. Though papules can be uncomfortable, they shouldn’t feel painful.

A pustule is essentially a papule that contains pus, so it may appear larger, redder, and more inflamed. Popping or picking a pustule is one of the easiest ways to end up with acne scars.

Nodules are large painful pimples that show no head. They grow deep in the skin and are extremely difficult to treat at home. Nodules can take several weeks to subside on their own, so it’s important to seek professional help from a board-certified dermatologist at Millburn Laser Center if you regularly get nodules.

Cysts are even more aggressive and painful than nodules. Like nodules, cysts grow deep into your skin, and they’re filled with pus. Cysts always require prescription medication, such as antibiotics, as they often become infected.

Why does acne occur?

Despite the old wives’ tales you may have heard growing up, eating too many sweets and greasy foods doesn’t directly cause acne, though it likely doesn’t help. Having acne also doesn’t mean you have “dirty” skin. In fact, washing your face too often can actually aggravate acne and worsen the condition.

There are four primary causes of acne, including:

While external factors, such as stress, poor diet, and hormonal changes, don’t necessarily cause acne, they can trigger new outbreaks if you already struggle with the condition.

Who is at risk for acne?

Anybody can get acne at any age, but you have a higher chance if you experience any of the below risk factors:

Acne symptoms vary depending on the type you have, and may include one or more of the following:

Many acne sufferers have multiple symptoms and several different types of acne to treat.

Before creating a custom treatment plan, the dermatologists at Millburn Laser Center in Millburn, New Jersey must grade the severity of your acne:

Acne is more than just a cosmetic issue. Long-term acne can cause lasting pain, diminish your confidence and self-esteem, and leave your skin scarred. According to the American Academy of Dermatology Association (AAD), acne can also increase feelings of:

To prevent the long-term effects of acne, it’s important to develop a healthy skincare routine and seek professional treatment from the experienced dermatologists at Millburn Laser Center in Millburn, New Jersey.

While the best skincare routine for acne varies depending on your skin and type of acne, there are a few steps you can take to reduce acne at home:

You should only wash your face twice a day, even if you have oily skin. Cleansing too often strips your skin of essential moisture, which can trigger breakouts.

Another common misconception about acne is that too much moisture will make your skin more oily. Unless instructed otherwise by your Millburn, New Jersey dermatologist, you should always moisturize after cleansing your skin.

Popping and picking at your pimples not only aggravates acne, it can also increase scarring and other skin damage.

At Millburn Laser Dermatology, our board-certified dermatologists take a comprehensive approach to acne treatment. Depending on the type and severity of your acne, your dermatologist may recommend one or more of the following:

A: While chocolate and greasy food like pizza and fries are often blamed for acne, there is no evidence that suggests they have a significant effect on acne. To be on the safe side, don’t touch your face with greasy hands.

Q: Do My Acne Breakouts Mean I Need To Wash My Face More Often?

A: Not necessarily. Washing your face with a mild cleanser twice a day is enough. In fact, aggressively scrubbing your face will simply aggravate your acne.

Q: Can I Still Wear Makeup If I Have Acne?

A: Yes. It’s all about choosing the right products for your face. Look for products that are non-greasy, hypoallergenic, non-irritating, oil-free, and “non comedogenic,” which means they won’t clog your pores. And remember, if you do wear makeup over your acne, be sure you properly remove it before going to bed.

Q: Will I Have Acne Forever?

A: For most people, acne goes away on its own (usually at the end of puberty). For others, acne will be a constant struggle in adulthood and may cause scarring. Acne scarring is permanent and is more difficult to remove. Acne, however, can be successfully treated. It’s just a matter of living a healthy lifestyle, finding the right treatment for you, maintaining good hygiene, and sticking to a skincare regimen.

Q: When Should I See A Dermatologist?

A: There isn’t a one-size-fits-all solution for acne treatment. It is time to see a dermatologist when you’ve tried plenty of non-prescription measures that don’t produce positive results after a couple of months (around 4-12 weeks), if your acne is getting worse or spreading, and if scars develop as the lesions clear up. We will be able to recommend the best form of treatment for your acne. Acne can also affect self-confidence and self-esteem if left untreated.

Schedule an Acne Treatment Consultation With a Dermatologist

Are you ready to get rid of acne once and for all? If you have tried numerous methods to clear your skin and are still struggling with persistent acne, now is the right time to consult with a board-certified dermatologist at Millburn Laser Center in Millburn, New Jersey. Contact us at 973-315-8590 today to start your journey to clear, beautiful skin. 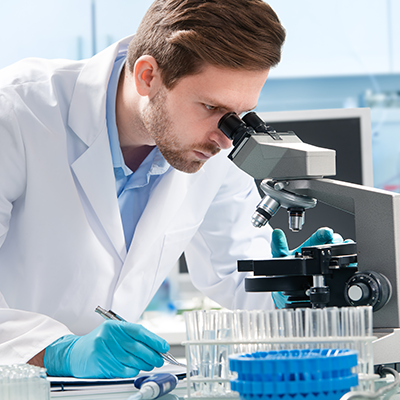 Considered the gold-standard treatment for certain skin cancers, Mohs surgery offers our patients the highest cure rates with the lowest risk of recurrence. 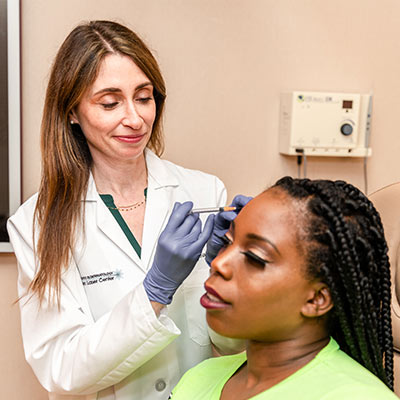 Enhance facial contours and improve volume loss with dermal fillers, a completely noninvasive treatment to achieve your aesthetic goals without any downtime. 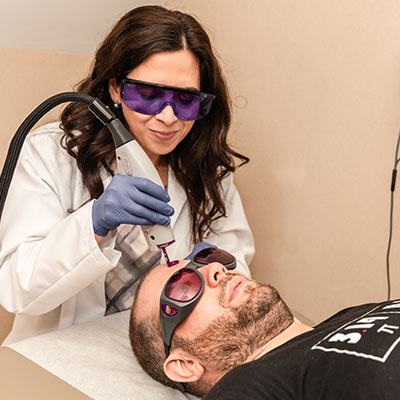 Whether you want to reduce fine lines and pigmentation or remove an unwanted tattoo or hair, with over 25 available lasers, we can tailor a treatment to your unique needs.

We are honored so many residents of Millburn and central New Jersey choose us as their family dermatologist.

"From the moment I walked into the practice I was impressed!"

"The team of professional dermatologists helped guide me."

Make An Appointment
Ask A Question

Serving all of central New Jersey!

By Millburn Laser Center | © 2022 All Rights Reserved. Design & Development by Goldman Marketing Group | Sitemap | Privacy Policy | The information available on this web site is provided for informational purposes only. This information is not intended to replace a medical consultation where a physician's judgment may advise you about specific disorders, conditions and or treatment options. We hope the information will be useful for you to become more educated about your health care decisions. If you are vision-impaired or have some other impairment covered by the Americans with Disabilities Act or a similar law, and you wish to discuss potential accommodations related to using this website, please contact us at 973-315-8590